Andy Warhol Revisited is a touring exhibition that will make it’s next home in Los Angeles, California. Andy was always fascinated by the culture that existed in Los Angeles. He once said “I love Los Angeles, and I love Hollywood. They’re beautiful. Everybody’s plastic, but I love plastic. I want to be plastic”. Andy adopted the stereotype that continues to exist in Los Angeles’ high society. Warhol:Revisited will provide an engaging and educational walkthrough of the development of Warhol’s artistic language and its greater effect on culture – an effect, which has echoed for decades. More than just an art exhibit, this Warhol exhibition is curated in a way that is both thematic, and chronological in order to contextualize the artist’s trajectory and societal impact through programming to include educational materials, activated spaces, private tours, lectures, and special events.

Andy Warhol Revisited will bring Los Angeles Warhol’s most recognizable pieces including suites of Marilyn Monroe, Mick Jagger, Electric Chairs and Camouflage as well as a wall of the artist’s iconic Campbell’s Soup Cans. With over 200 historic prints and paintings on view from the Revolver Gallery collection, the exhibition will offer a large and diverse body of work that spans the 1960’s to Warhol’s untimely death in 1987.

Revolver Gallery is an art gallery with a one-artist program focusing on the life and work of the pioneer of pop art, Andy Warhol.
With over 250 prints and paintings in the collection, the gallery maintains the largest gallery held collections of work by the artist in the world. Revolver Gallery maintains Andy’s belief that pop art is for everyone. The gallery contextualizes the artist’s body of work through outreach, exhibitions, and partnerships.

Andy Warhol is best described as a “mirror of his age.” He built his career on appropriation of famous imagery and products, fostering of personal celebrity, and his contributions to the Pop Art movement. Through his screenprints, paintings, writing and film, Warhol challenged the American public to reevaluate the meaning of art in a post-war consumer culture. His art and philosophy are intrinsically tied to American culture. Over a span of more than three decades, Andy Warhol crafted a body of work still celebrated today, more than 25 years after his death.

Andy Warhol was born Andrew Warhola on August 6th, 1928 in Pittsburgh, Pennsylvania. His parents were Czechoslovakian immigrants, and he was the youngest of three children. As a child, Andy was diagnosed with a neurological disorder called Sydenham Chorea, which would leave him bedridden. It was during this time he focused on drawing, finding inspiration from popular magazines and comic books. His youth was lackluster with an absence of glamor, leading to his inevitable fascination with fame, celebrity culture, consumerism and money.

After completing a degree in Pictorial Design from Carnegie Institute of Technology (now named Carnegie Mellon University) in 1949, Warhol moved to New York to pursue a career as a commercial artist. He quickly gained a range of top clients from Harper’s Bazaar to Tiffany & Co., and was able to display his art in the windows of department stores, such as the famous I. Miller. In the early fifties, he turned to producing his own artwork influenced by his past experience as a commercial illustrator. Initially, Warhol started with paintings and drawings, but gradually started to incorporate photo-based techniques and screenprinting processes which were much more industrial. Advertising techniques were a great vehicle that Warhol would use to communicate with his audience because it was a language that everyone could understand. He started incorporating images of everyday American consumer life into his artwork. It was in 1956 that the Museum of Modern Art noticed and included him in his first major group show. 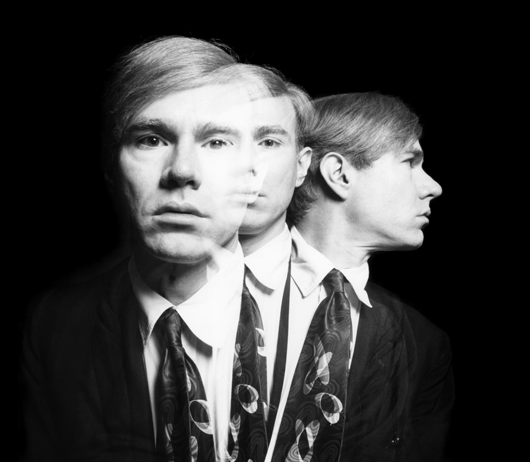 The 1960s saw an explosion in the Pop Art movement, and Andy Warhol became known as one of the key players. Andy Warhol, like other pop artists at that time, took mundane everyday objects and made them into art. The idea behind Pop Art was to provoke viewers to reevaluate these everyday objects and what they meant to our culture. Pop art presented a challenge to traditions of fine art by including imagery from popular culture such as news or advertising. It was a radical and shocking approach to art making that Warhol embraced, turning advertising, promotion, packaging, consumerism and processing into economic entities. It was during this period he produced some of his most iconic works, which combined his fascination with all things glamor and celebrity with his love affair with commercial production. It was in the 60s and early 70s that Andy Warhol produced some of his best known works, like the Marilyn Monroe, Campbell’s Soup Cans and Coca-Cola Bottles.

The 1970s were a quieter decade for Warhol, following his attempted murder in 1968 by feminist author Valerie Solanas. After multiple gunshot wounds and a close call with death, Andy Warhol shifted gears, spending less time in the overt public and more time making art across different platforms. This is the era when Andy Warhol branched out into other entrepreneurial ventures like the magazine he co-founded, Interview, which is still in publication today. Through the 70s and 80s, Warhol contributed film shorts to Saturday Night Live, signed with a modeling agency and designed rock album covers for bands (most notably The Rolling Stones). His artwork captured political figures, sports athletes and celebrities. His most memorable work of the time included the Mao series, Camouflage series, and Skulls series.

Warhol passed away on February 22, 1987 after the opening exhibition of The Last Supper paintings. After complaining of abdominal pain, he was scheduled for a routine gall bladder surgery in New York Hospital. He died in recovery. Behind him, Warhol left a legacy of art, film, writing and celebrity. Two years after his death, the plan to build the Andy Warhol Museum in Pittsburgh was announced, which followed the establishment of the Andy Warhol Foundation for the Visual Arts. His influence continues to reach far and beyond the scope of painters and printmakers, inspiring today’s generation of thinkers with the contributions he made to American culture in his lifetime.